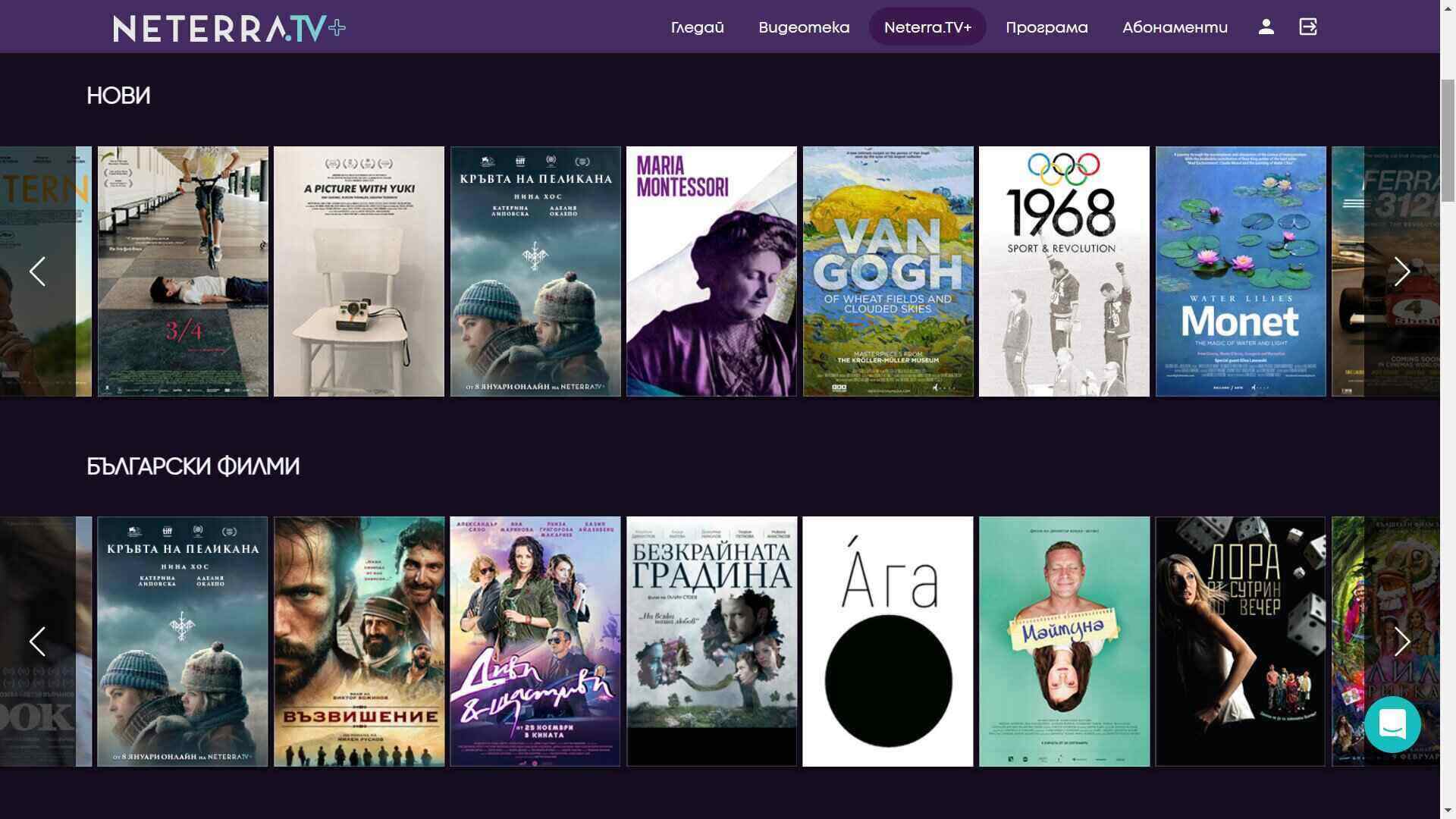 The first Bulgarian cinema production with an entirely online premiere - "The Pelican's Blood" can now be watched from anywhere in Bulgaria on neterra.tv/plus, said the film's producer Mila Voynikova in the radio show Darik Kafe.

During the lockdown, the online platform Neterra.TV+ has become one of the most effective ways for the new Bulgarian cinema to meet its audience. After Neterra.TV + hosted several film festivals such as CineLibri and Master of Art in 2020, on January 15, 2021, the platform will host the online edition of the Sofia MENAR festival with the best of Middle Eastern, Central Asian and North African cinema.

"Today, on the Day of Bulgarian Cinema and thanks to the partnership with the National Film Center and Sofia Municipality, we organize free access to new Bulgarian films on the neterra.tv/plus platform. There are 23 titles from the feature film and 13 from the documentary. For the first time in the 106-year history of this holiday, the Bulgarian audience will have free access to so many titles in one day. The offer is valid from 4 pm to midnight only for the territory of Bulgaria ", announced the marketing director of Neterra.TV Maya Kalcheva.

Neterra.TV + celebrates the professional holiday of film industry workers and congratulates all friends and movie fans with films such as "The Infinite Garden", "Monkey", "Wild and Happy", "Letters from Antarctica", "Glory", "Directions", documentaries of Agitprop, Nayo Titsin and many others.